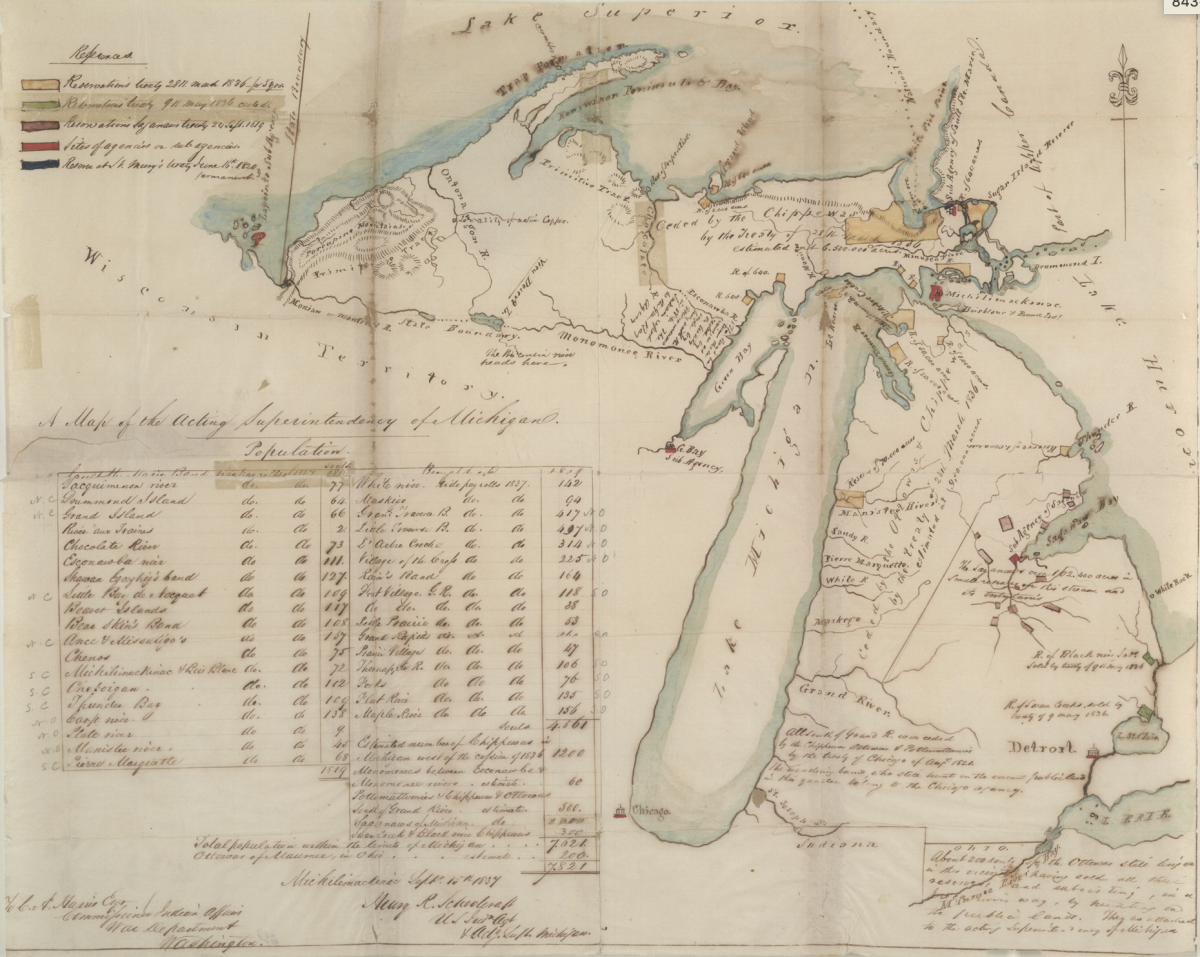 In 1822, Henry Rowe Schoolcraft, geographer, geologist and ethnologist, received an appointment as Indian agent at Sault Ste. Marie, Michigan Territory. Schoolcraft traveled extensively throughout the region that was to become Michigan's Upper Peninsula. Assisted by his wife who was the granddaughter of an Ojibwa chief, Schoolcraft gathered notes on the songs, customs, history and legends of the indigenous peoples of the territory.

During his travels, as Schoolcraft was passing through the Ontonagon area on an expedition to explore the Lake Superior shoreline, he learned from Chief Konteka that the indigenous people who lived here named a nearby group of hills “Porcupine” because its silhouette, seen from the mouth of the Ontonagon River, resembled a crouching porcupine. “I asked Konteka their Indian name. He replied Kaug Wudju. I asked him why they were so called. He said from their resemblance to a crouching porcupine.”

Schoolcraft also heard stories of two sets of pictographs, one near the Carp River and Lake of the Clouds, the other on Agawa Rock, in Canada, telling the story of Michigan Ojibwa raid on an Agawa settlement around the year 1600. The Ojibwa chief, with a party of 50 warriors in 5 canoes, crossed Lake Superior and attacked an Agawa summer camp that had occupied the site for 2000 years. The Ojibwa war party painted the story of the journey across the big water and their victory in battle on Agawa Rock, and they replicated the paintings when they returned home "a half days march from the mouth of the Carp (river)." During Schoolcraft’s stay, an Ojibwa chief drew what he remembered of the pictographs on a birch bark scroll and told Schoolcraft where to find them.

Archeologists discovered the Agawa Bay pictographs in 1958 with the aid of pictures and directions Schoolcraft left in his writings. The war party's journey took four days, and the raid is all shown in the painting: the five canoes, four suns above a water line, a great lynx with his imperious tail. The paintings were done on a rock held sacred by the Agawa Indian band. Another 32 faded paintings on the rock, dating from hundreds of years before, tell other stories.

Numerous groups have searched for the duplicate paintings in the Park. They have never been found.