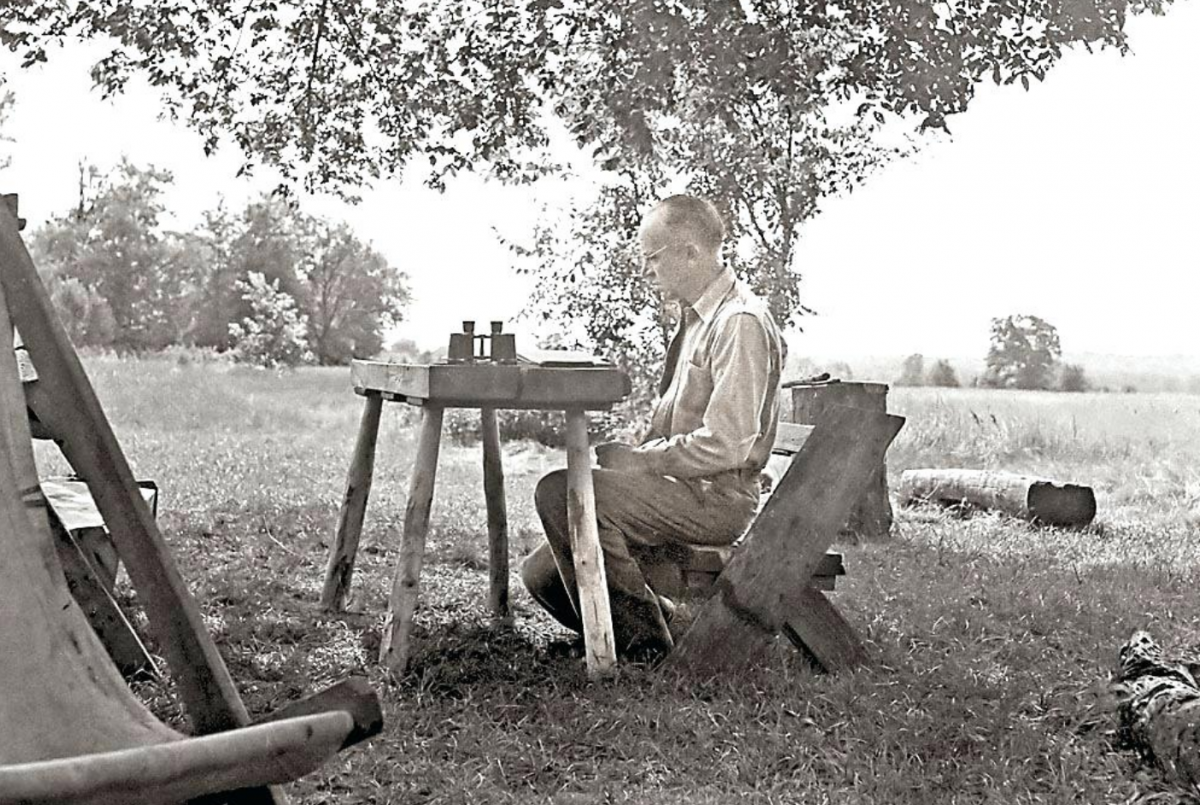 Regarded by many as the most influential conservation thinker of the 20th century and the father of the United States’ wilderness system, Aldo Leopold was a conservationist, forester, philosopher, educator, writer, and outdoor enthusiast. His "land ethic" calls for an ethical, caring relationship between people and nature and inspires us to see the natural world "as a community to which we belong."

Born in 1887 and raised in Burlington, IA, graduating from the Yale Forest School in 1909, pursuing a career with the newly established U.S. Forest Service in Arizona and New Mexico, he was instrumental in establishing the Gila National Forest as the country's first official wilderness area.

Following a transfer to Madison, WI, in 1924, Leopold continued to investigate ecology and the philosophy of conservation, and in 1933 published the first textbook in the field of wildlife management. In 1938, he privately published Report on Huron Mountain Club, a plan for applying conservation science for the management of that privately held protected area.

In 1942, Aldo Leopold wrote "The Last Stand" for Outdoor America. The essay is a passionate plea to save the old growth northern hardwoods in the Porcupine Mountains. In the past year alone, wartime demand for wood had reduced surrounding forests by 30,000 acres, and loggers had already developed plans to begin cutting the remaining stands of maple-hemlock forest, including those in the Porkies. Leopold predicted that once those stands were gone, we would lose "the best schoolroom for foresters to learn what remains to be learned about hardwood forestry; the mature hardwood forest. We know little, and we understand only part of what we know."

Leopold went on to say that the Porcupine forest "is a symbol. It portrays a chapter in national history which we should not be allowed to forget. When we abolish the last sample of The Great Uncut, we are, in a sense, burning books."

The Porcupine Mountains Wilderness State Park has, in its 75 years, preserved Leopold's vision for what it could become. He advocated for a tract that was to be kept "roadless, axeless, hotel-less, open only to ski or foot travel." The Porkies would become "a token of things hoped for." Leopold's powerful voice provided invaluable support for local, state and national leaders in their drive to establish the Porcupine Mountains Wilderness State Park.

Sources:
Leopold, “The Last Stand [1942],” in The River of the Mother of God and Other Essays, ed. Flader and Callicott.
Aldo Leopold Foundation [2020]