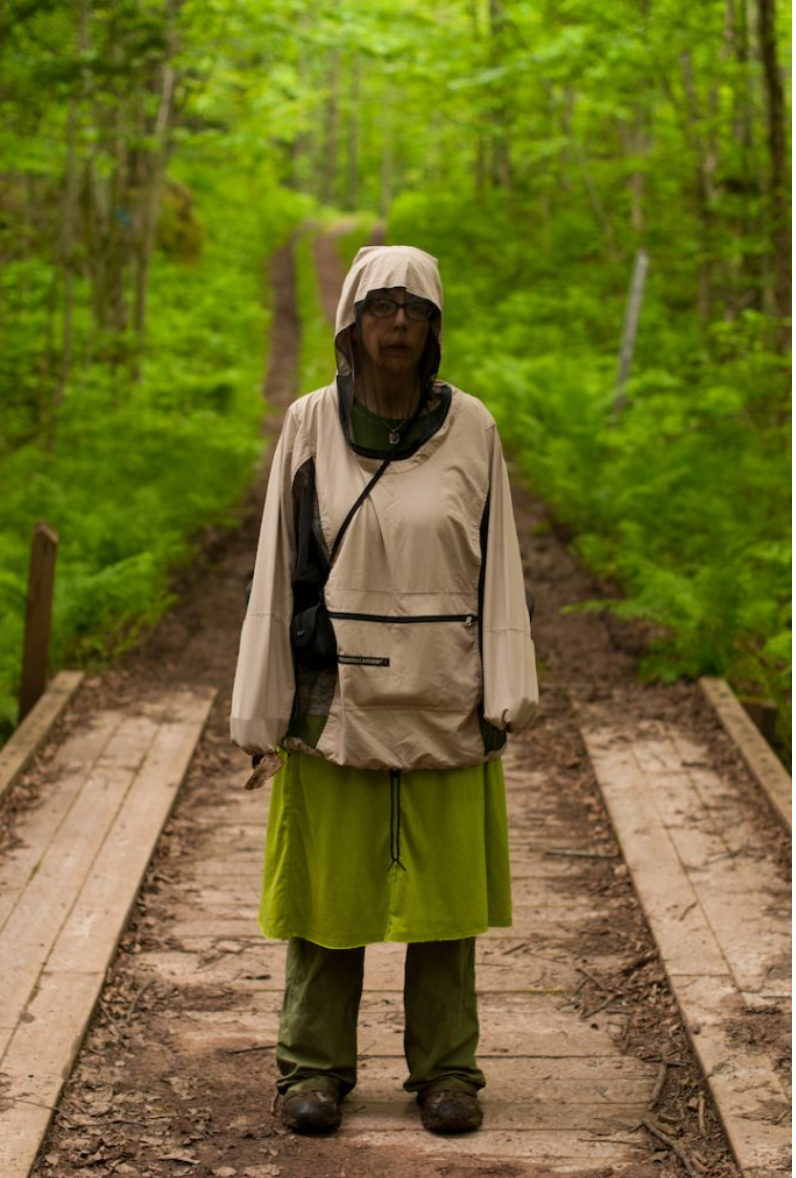 Most of the snow has melted. Hikers can still find some in the deep woods in the backcountry. Every waterfall in the park is pouring over its bedrock; you can hear the roar for hundreds of yards from falls that will have subsided to a trickle when July rolls around. Trout lilies and marsh marigolds are blooming, trillium buds are about to pop.

Then they strike. The winged hoard. Face it; the Porkies is wilderness. Wilderness means bugs. And the Porkies bugs are, mostly, biters who thrive on the tender offerings of hikers and campers. Whether you're coming to camp or to hike, here are a few tips about what to pack.

The worst of the bug season is late spring and early summer, May into June. August and September can be relatively bug-free. The worst of the bugs are, by far, the stable flies. They look like house flies, and they bite like piranha. Their bites hurt, and they bleed. No repellent known to man keeps stable flies away. If you're here during a hatch, the best tactic is to go where they aren't. If they are at the shore, find recreation elsewhere. There are several attractions in the area that will provide refuge. If there's a strong on shore breeze, chances are the lakeshore is a good place to be.

Locals tell me that prior to the 1970s, the area was sprayed extensively with products like DDT. The pay-off was few bugs. The price? No eagles, no peregrine falcons, no smaller raptors. The Porkies is a richer wilderness with its bugs and birds.